Blog - Latest News
You are here: Home1 / Gospel2 / The Power and Hope of the Gospel

I mentioned a fortnight ago that my local church is engaged in a month of prayer over January. My own involvement has been in leading prayer for the world. The research and reading behind that world prayer (much of it from “Operation World”) has given me a fresh sense of spiritual hope as we walk into a very uncertain year ahead. Two of the areas of the world we have majored on in prayer have been China and Africa (China having the larger population!). When we look back over the last century we find that, from the point of view of the gospel and the growth of the church, both these areas show something quite staggering, something that releases a deep joy.

I was reminded yet again that the number of evangelical Christians in China has grown from some 2.7 million in 1975 to over 75 million (some would say more) in 2010. There has been a huge and ongoing revival, with demonstrations of New Testament power. Christians are now to be found in every stratum of Chinese society, with many vibrant urban professional churches. There is a very high commitment level in the church, and “missionary vision” is widespread. There is already a strategic and growing Chinese “diaspora” across the world, a ready vehicle for witness.

We see something similar when we look at Africa. In the 20th century evangelical Christians grew from 1.6 million in 1900 to 182 million in 2010. This is as many as all evangelicals in the Americas combined and is the largest evangelical population of any continent. African Christianity has established itself as a truly potent force, both on the continent and on a global level. It has some of the largest churches in the world, some of the largest prayer gatherings and initiatives and a strong world mission vision.

It was not simply this growth in itself, however, that brought a fresh sense of hope. It had, for me, much more to do with the fact that this had all happened against a background of appalling historical events. The 20th century was not a peaceful century. Europe virtually destroyed itself and its empires by widespread murderous wars. But neither was it peaceful for China; Japanese invasion in the 1930s devastated the proud “Kingdom”, and after W.W.2 the Communist revolution brought further devastation and widespread death, both to the nation and the church.

And yet out of all that carnage came the staggering growth of a massive evangelistic and missionary minded church of a kind which has been described as having “no parallel in history”.

When we look at Africa we see the same basic story. Dominated and exploited by European powers for the first half of the 20th century, the second half saw Africa dominated by the struggle for independent nationhood, and that brought a worse story of corrupt despots, war, genocide, displacement of millions and rapid expansion of diseases, including the scourge of AIDS. It still continues. Yet that is the background to the massive advance of the gospel of Jesus in Africa.

One is left full of praise to God that despite the self centred wrath of man and the devastations it causes, God has been utterly faithful to his promise that Jesus would be a Light to the world and his gospel would be preached in all the world. Yes, “the people who lived in darkness have seen a great light” Isaiah 11.

When I see the portents of chaos for the coming century it is difficult in the natural to feel optimistic. But one thing is absolutely certain; whatever may come in the way of the judgement of God or the wrath of man, nothing will stop further years of the fulfillment of God’s purposes. That is the lesson of history. As Jesus said, “I will build my church and the gates of Hades will not prevail against it”. The warlike, cruel and corrupt earthly principalities, try as they might, will not hold back the Kingdom of God. There will be further great harvests. That is a matter for great rejoicing, for those whose “citizenship is in heaven”!

In all thiis we are not merely talking about church statistics, but about the lives of people who will find hope and an eternal salvation. That’s the real joy. It is for that reason that Paul wrote, “Always give yourselves fully to the work of the Lord”. Prayer is a very important part of that work.

The Queen and Inter-Faith 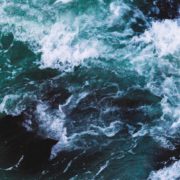 The Security of Israel

The Plight of Man

The Pleasure and Power of Prayer

The Plight of Man
Scroll to top

This site uses cookies. By continuing to browse the site, you are agreeing to our use of cookies.

We may request cookies to be set on your device. We use cookies to let us know when you visit our websites, how you interact with us, to enrich your user experience, and to customize your relationship with our website.

Click on the different category headings to find out more. You can also change some of your preferences. Note that blocking some types of cookies may impact your experience on our websites and the services we are able to offer.

These cookies are strictly necessary to provide you with services available through our website and to use some of its features.

Because these cookies are strictly necessary to deliver the website, refuseing them will have impact how our site functions. You always can block or delete cookies by changing your browser settings and force blocking all cookies on this website. But this will always prompt you to accept/refuse cookies when revisiting our site.

We fully respect if you want to refuse cookies but to avoid asking you again and again kindly allow us to store a cookie for that. You are free to opt out any time or opt in for other cookies to get a better experience. If you refuse cookies we will remove all set cookies in our domain.

We provide you with a list of stored cookies on your computer in our domain so you can check what we stored. Due to security reasons we are not able to show or modify cookies from other domains. You can check these in your browser security settings.

We also use different external services like Google Webfonts, Google Maps, and external Video providers. Since these providers may collect personal data like your IP address we allow you to block them here. Please be aware that this might heavily reduce the functionality and appearance of our site. Changes will take effect once you reload the page.